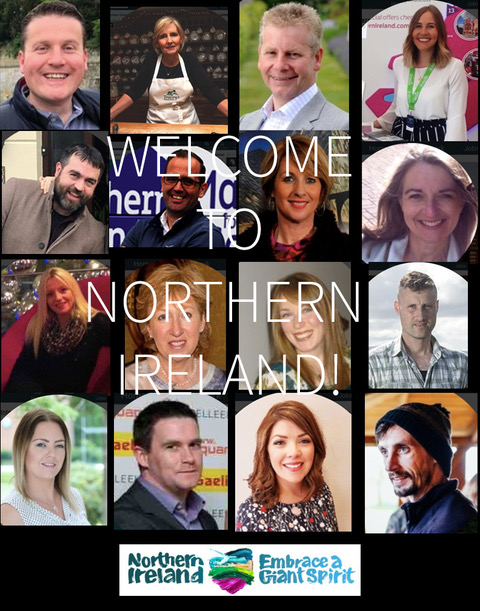 We invite you, your family, and friends to join us on this once in a lifetime journey, visiting and exploring Northern Ireland where history was made. 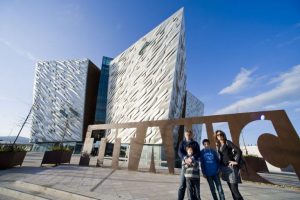 A holiday vacation in Northern Ireland will be amazing, because Northen Ireland Is Now. Northern Ireland is a friendly, passionate and innovative country and you’ll see that clearly everywhere you go. A Celtic RnR Tour gives you an opportunity to explore all that Northern Ireland has to offer, so you can make memories that will last a lifetime.

So, if you’re looking for the beat of inspiring Irish music, the adrenaline of an outdoor adventure, the experience of a breathtaking road trip, or the magic of a new attraction, then Northern Ireland is for you right now. 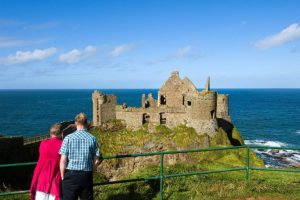 Contact Mike at CelticRnR dot com today to express interest in this tour to reserve your spaces. 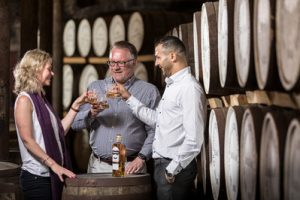 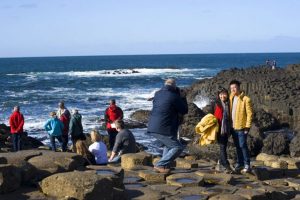 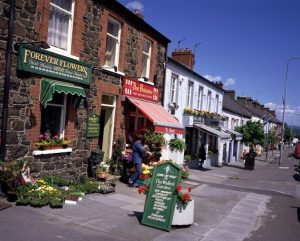 Isn’t It About Time You Visited Northern Ireland? 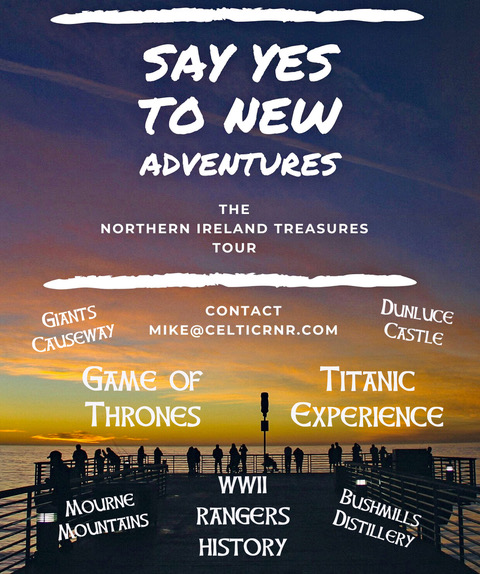 Contact Mike at CelticRnR dot com today to express interest in this tour to reserve your spaces . 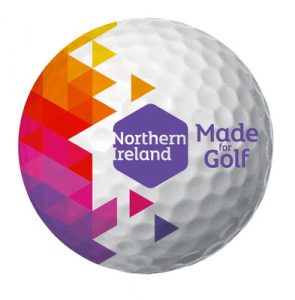 DAY 2 ~ "A WINTERFELL DAY"
Castle Ward wasn’t just House Stark’s Winterfell home. Around 20 other key scenes were filmed in the castle and demesne which you can visit all year-round. It took some battering, though, from Ramsey Snow and the Boltons! Within the Castle Ward demesne, you can make your way over to Audley’s Field where Robb Stark meets Talisa after the battle at Oxcross.

A short drive away is Inch Abbey beside the River Quoile. Both locations were used – the abbey as Robb Stark’s camp at Riverrun, and the riverbanks as the perfect spot in Season 3’s “Walk of Punishment” episode and a Tully funeral scene. Quintin Bay is about 2 miles east of Portaferry on the southern end of the Ards Peninsula. You will recognize it as the location setting for Stokeworth where Jaime Lannister and Ser Bronn hatch a rescue plan.

In the Mourne Mountain foothills you’ll find Tollymore Forest which doubles as the Haunted Forest in the opening season and is where the direwolves are found. Head into the Mournes to find Leitrim Lodge near Hilltown where Bran and Rickon Stark plan their escape from Theon Greyjoy. 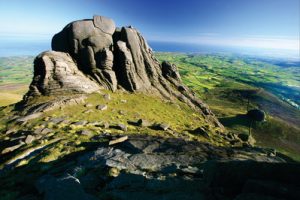 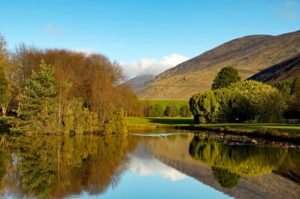 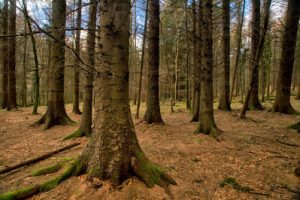 You have to start (or maybe end) at The Dark Hedges, the spectacular site serving as the Kingsroad. Follow in the footsteps of Arya Stark on this beech-lined piece of Thronie heaven. You might be there for a while – it does get busy – but so worth the wait for the photo opp! You can find Cushendun Caves near the village of the same name on the county’s wild east coast. Over 400 million years old, it was here that the Red Woman, Melisandre, gave birth to an evil shadow creature who later showed up behind Renly Baratheon and…well, you know the rest.

The rocky slopes of Cairncastle was one of the first places you saw in the series and used as the location where Ned Stark and a Night’s Watch deserter have a set-to. Ballintoy Harbour is not showbizzy by any stretch of the imagination but Theon Greyjoy fancied sailing in here on his return to Pyke Harbour. The area has also been used as a set for the Iron Islands and as the Free Cities where Varys was born.

You’ll recognize the landscape of the Sallagh Braes in the Glens of Antrim as the place where Sandor Clegane, aka the Hound, lives a peaceful existence with a band of villagers in the Riverlands. Other Antrim stunners include the Shillinavogy Valley and Glenariff which respectively double as the Dothraki grasslands and Vale of Arryn’s Runestone. 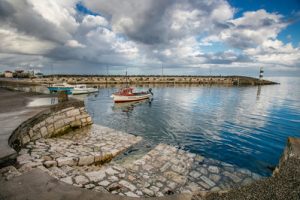 Northern Ireland has produced its fair share of top Hollywood names, and there have been a surprising number of movies filmed in Northern Ireland too. Northern Ireland ‘s jaw-dropping scenery provides the perfect backdrop for the camera with its rugged landscape and ethereal geological features which have everyone in awe on the other side of the screen. 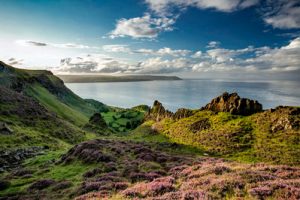 Game of Thrones ~ The Glens of Antrim: Runestone (copyright Northern Ireland Tourist Board)

If you have found yourself caught in the mystical and spell-binding Game of Thrones saga and wish to be swept away to its world, come and experience the land that inspired the writer and the TV series producers. From ancient and mysterious standing stones to dramatic castles, magnificent stately homes and breathtaking landscapes, visit Northern Ireland and embark on an inspiring journey.
DAY 4 ~ "A FREE DAY"
DAY 5 ~ "A Dragonstone~Westeros DAY"
We head to Pollnagollum Cave in Belmore Forest, part of the Marble Arch Caves Global Geopark as Hollow Hill in the Riverlands, the hideout of Beric Dondarrion and the Brotherhood Without Banners.

On the edge of the Antrim plateau, Binevenagh boasts panoramic views stretching for miles on end. Little wonder this astonishing location was chosen as the backdrop for where Daenerys Targaryen goes head-to-head with the Dothraki. Dragons also look very impressive here.
DAY 6 ~ "A Glass of Thrones DAY"
The Glass of Thrones is a walking trail throughout Belfast featuring a series of stained-glass windows depicting key moments from Game of Thrones®. Northern Ireland’s finest artists, artisans and craftspeople bring our cultural heritage in this art form remarkably to life.

Marvel at the detail and craftmanship of The Lannister window at The ICC Belfast, The Baratheon window at the Lagan Weir, The Targaryen window at the Odyssey, The White Walker window at Titanic Belfast and The Iron Throne window at the Titanic Slipways.
DAY 7 ~ "A GoT Film Studio DAY"
Tour the Game of Thrones Film Studio showcasing authentic sets, costumes and props from all seasons of the hit series. This engaging, enchanting tour will allow fans to truly step inside the world of Westeros and beyond. This is where many interior scenes were filmed during the show’s eight seasons. The studio near Belfast now houses some of the most recognizable sets in the Seven Kingdoms, including Dragonstone’s Throne Room, Castle Black’s mess hall, and the rooms of Winterfell Castle. Visitors at this Game of Thrones attraction, which has HBO’s involvement, will get to tour sets as well as feast their eyes on original props and costumes and learn how special effects were achieved.
DAY 8 ~ "DEPARTURE DAY"
BREAKFAST